According to popular mythology, men are obsessed by cars, electronic gadgets and sports. We cling on to the TV remote and God forbid we miss a Premier League football match.

Women, on the other hand, enjoy clothes shopping and chatting. They are more empathetic, understanding and far more helpful in an emotional crisis than us bullish blokes.

These classic stereotypes have long been debated, with many arguing that the categorisation of the sexes is outdated nonsense. 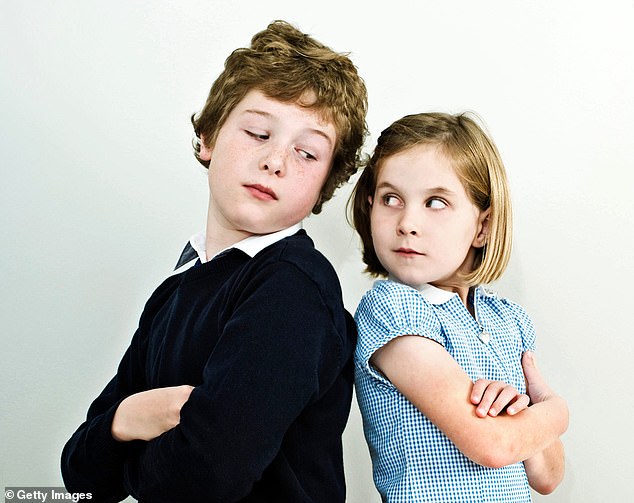 Spot the difference: A study of children indicated brain ‘sex’ was determined before birth (stock image)

But studies suggest that some emotional experiences, such as stress, can be processed differently by men and women. Men typically turn theirs ‘outwards’, resulting in increased anger-management problems and higher rates of suicide, and women turn theirs ‘inward’, making them more likely to be anxious and depressed.

THE EVIDENCE THAT MEN SYSTEMISE … WHILE WOMEN EMPATHISE

For the new study, researchers asked 670,000 people to complete an online questionnaire that was designed to separate out the empathisers – those who identify and understand others’ emotions – from the systemisers – those who analyse complex systems.

Participants had to state if they agreed or disagreed with statements including ‘When I talk to people, I tend to talk about their experiences rather than my own’ and ‘I am fascinated by how machines work’. 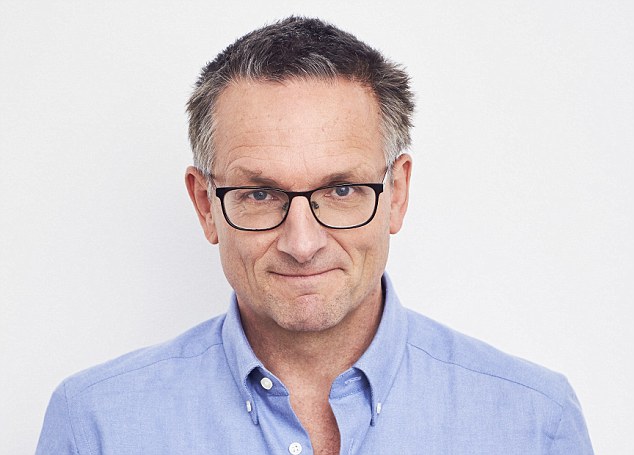 Now a new landmark study by researchers at Cambridge University provides further evidence that some age-old gender ‘myths’ may not be so far from the truth, writes Dr Michael Mosley (pictured)

The scientists were testing the theory that men were more likely to agree with the final statement, giving them a higher ‘systemiser’ score.

Similarly, they predicted that women would more likely agree with the first statement, indicating an increased ability to put themselves in others’ shoes.

Although there were plenty of exceptions, on the whole the results proved the researchers’ theories correct: men did indeed score higher for ‘systemising’ than for ‘empathising’, while for women it was the other way round.

So far, so unsurprising. But the most intriguing part of the Cambridge research lies in some of the explanations behind these striking differences…

IT STARTS IN THE WOMB… WITH HORMONES

Are male and female differences simply the result of exposure to social pressures in childhood, or is there something else going on?

The fascinating work of Professor Simon Baron Cohen, who ran the Cambridge study, has explored whether some gender differences begin in the womb.

Q: I’ve lost a stone on your diet. One question: can I substitute a low-fat flavoured yogurt for a plain Greek one?

A: If you don’t like plain Greek yogurt, add chopped fruit or berries such as blueberries, as well as chopped nuts, for natural sweetness. Or try coconut yogurt, which is sweeter and creamier, though more expensive. You could also try a sprinkle of cinnamon, which adds sweetness without excess calories. Steer clear of low-fat flavoured yogurts. They’re usually packed with sugar to make up for the loss of flavour that results from omitting the fat.

Do you have a question for Dr Mosley? Email drmosley@mailonsunday.co.uk or write to him at The Mail on Sunday, 2 Derry Street, London, W8 5TT. Dr Mosley can only answer in a general context and cannot give personal replies.

His pioneering research involved the collection, and measurement, of compounds in the wombs of more than 19,000 pregnant women. These compounds, contained within the amniotic fluid, included the sex hormones testosterone and oestrogen, as well as stress hormone cortisol.

Prof Baron Cohen and his team then followed the children for more than a decade, testing them on cognitive and behavioural measures every couple of years.

They found that being exposed to higher levels of testosterone in the womb was associated with being less empathetic, and better at visual spatial challenges later in life such as imagining how a shape would look if it were rotated. This is because testosterone is typically seen as a male hormone because it ‘masculinises’ boys’ brains and bodies – it is responsible for the formation of the male reproductive organs. Similarly, oestrogen is responsible for the reproductive development of girls.

Prof Baron Cohen’s research relates to the developmental disorder autism and he has developed a theory that those who have it are more likely to be ‘male-brained’.

Interestingly, high levels of testosterone in the womb are associated with a greater chance of developing autism, which seems to affect more boys than girls. 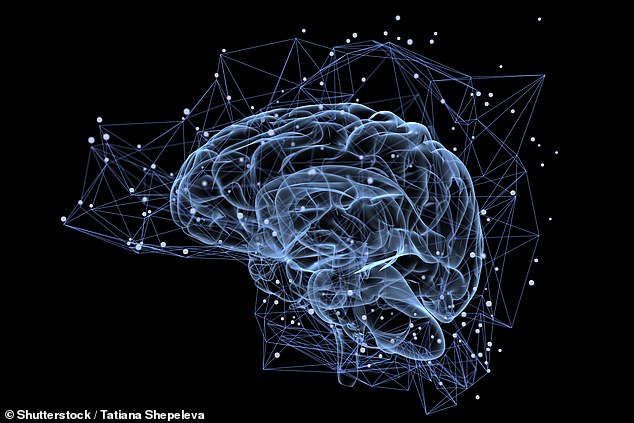 You can test the gender of your brain (pictured stock image), or indeed your partner’s, by visiting autism researchcentre.com/arc_tests for a range of systemising-empathising surveys

At the Autism Research Centre at Cambridge University, where he is the director, Prof Baron Cohen has found that those with autism – who typically struggle to recognise and understand the feelings of others – score at the ‘male end’ of a systemising-empathising test.

Although they may struggle with some forms of empathy, that doesn’t mean they don’t care about other people.

Prof Baron Cohen thinks that we should cherish and celebrate the wealth of talents autistic people have, rather than obsess over their difficulties.

If you fancy testing the gender of your brain, or indeed of your partner’s, visit autism researchcentre.com/arc_tests for a range of systemising-empathising surveys.

Is your brain male or female? Measure your finger…

There is another, more surprising way, of assessing how much testosterone or oestrogen you were exposed to in the womb – by measuring the length of your fingers.

As men are exposed to more testosterone, their index, or first, finger tends to be shorter than the ring finger.

In women, the two fingers are typically the same length. This is known as the ‘index-to-ring-finger-ratio’.

A large number of studies have shown a link between this ratio and a range of different behavioural traits including aggression and risk-taking.

The finger-length difference can be really subtle, so you will need a ruler. First, measure the ring finger of your right hand, from the crease where it joins the hand round to the tip of the finger, under the nail. Then do the same with your index finger.

Where to buy replacement tips for the Galaxy Buds