Silicon Valley’s obsession with eating healthy food that has a limited impact on the environment is behind the explosion of the vegan ‘meat’ industry.

The fake meat industry is growing increasingly popular thanks to support from celebrities and technology entrepreneurs in the United States – and is expected to be worth a whopping $6billion in just four years.

Shama Shukul Lee (pictured) is the founder of Sunfed Foods, a company that produces substitute meat products including ‘chicken-free chicken’

She said she dropped meat from her diet to improve her health, benefit the environment and due to concerns for animals.

‘I was not very well versed in eating other kinds of foods because I think eating meat makes you lazy. You have to figure out what food to eat, I was completely ignorant,’ she told news.com.au.

‘Everything I went through was not like the texture of meat, it was more like tofu. With meat, there’s a mouth feel – the bite, the texture, and I was missing that quite a bit.’

Her chicken substitute sold well in New Zealand and together with a beef-free burger will be on available to buy in Australia in June. 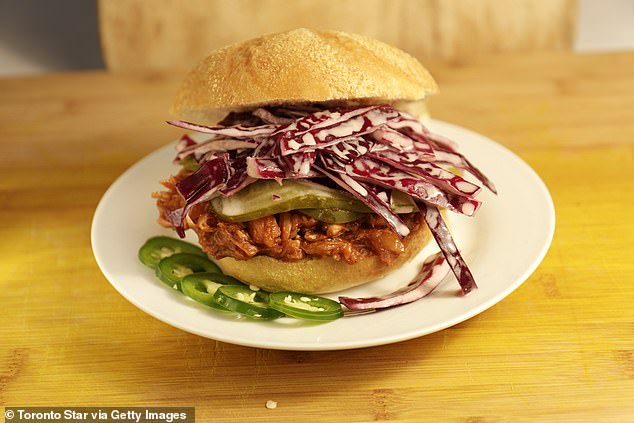 She said she dropped meat from her diet to improve her health, benefit the environment and due to concerns for animals. Pictured: A vegan burger using replacement pork

Other fake meat products on the market in Australia include the Beyond Burger, which has been invested in by Bill Gates and Leonardo DiCaprio.

The patty is created using pea protein isolate, canola oil and refined coconut oil, cellulose from bamboo and potato starch to recreate the texture of a beef burger.

Trace amounts of beetroot and coconut oil are also used in the mixture.

Another popular fake meat product, the Impossible Burger, ‘bleeds’ like real meat and is gluten free.

The product is made by Impossible Foods, a company based in California’s Silicon Valley. 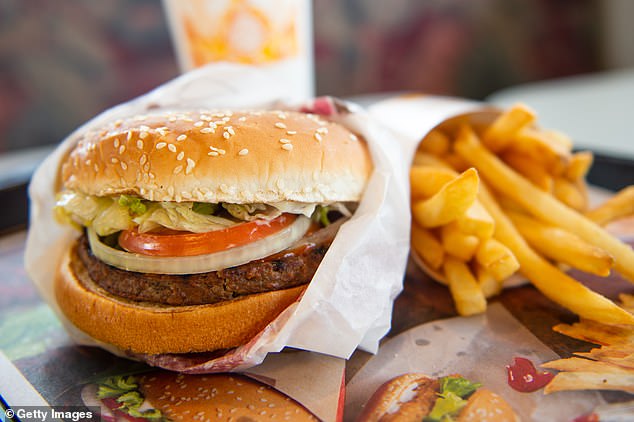 ‘Impossible’ meat is used in a vegan version of Burger King’s Whopper burger.

A new and improved, gluten-free ‘Impossible Burger 2.0’ was unveiled in January, and has 50 less calories than the first version of the replacement meat product.

The first version was made from wheat protein and was criticised as being drier than normal burgers.

WHAT IS A VEGAN DIET?

A vegan diet contains only plants (such as vegetables, grains, nuts and fruits) and foods made from plants. Vegans don’t eat foods that come from animals, including dairy products and eggs.

Health experts claim you can still get all the nutrients you need from eating a varied and balanced vegan diet.

To make sure you stay health you should:

Vegans need to be careful that they are getting enough calcium, vitamin D, iron, omega-3 and B12.

B12 is only found naturally in foods from animal sources. Sources for vegans are therefore limited and a vitamin B12 supplement may be needed, such as fortified products.

The Latest Issue of The New Economy Looks at Intelligent ERP Software, Emotion-Detecting Technology and Remote Working Policies to Deal With COVID-19

januari 10, 2019
Did you get an iPad Pro recently and need some pro apps? Or maybe you’ve had one for a while and still can’t...

Hungry flyers, this app will deliver food right to your boarding...

How Data Allows You To Create Tailor-Made Customer Experiences

Covering a White House Where News Is Always Just a Tap...