Home Gadgets Why Does Game of Thrones Think Jon Snow Will Make a Good...

Early in Game of Thrones season 8 episode 5 “The Bells”, Daenerys Targaryen tells Jon Snow that a lot more people in Westeros love him than her. “I don’t have love here,” she adds. “I only have fear.” It’s meant to foreshadow what’s about to occur in large parts of the episode, with the Dragon Queen opting to utilise fear as she takes over King’s Landing with the help of Drogon, but it also serves as an indicator of how Game of Thrones has been trying to paint the differences in the leadership styles of the two Targaryens. Unfortunately, it’s not been executed well owing to the self-imposed rush of Game of Thrones creators David Benioff and D.B. Weiss, who have botched the most important bit of the show: the ending.

But even amidst the terrible depiction, the intent is clear. Game of Thrones has built Daenerys up as the kind of ruler who considers the Iron Throne to be her destiny and is willing to go the extra mile to get herself there. Her long list of titles — which speak of her dragons, ending slavery, and walking through fire — further add to her credentials. On the other hand, Jon has been shown as a leader who doesn’t crave power at all and wants nothing to do with the Iron Throne. He has stated that repeatedly in season 8, reiterating that Dany is his queen, who claims that she is here to “break the wheel” and protect future generations from tyrants. But as “The Bells” showed, she is a tyrant claiming to depose other tyrants, in effect.

And that’s what Game of Thrones wanted to achieve, essentially. By showing Daenerys as someone who’s willing to inflict such pain and tragedy on innocent civilians, she’s now more in the territory of being a bad person than good. Never mind the shoddy execution of it, which consisted of an in-the-moment decision to “make it personal” and raze King’s Landing, per the creators. Why not just bring down the Red Keep, when you’ve the option to fly? All logic aside, Daenerys is now essentially the villain on Game of Thrones, while the same episode did its best to show Jon as the good guy, trying to stop his forces from attacking the Lannister ones and even killing one of his own men to save a woman from being raped.

In setting up the two as opposites, it’s clear that Game of Thrones is signalling that Jon would make the better ruler. But on what grounds precisely, that more people love him and that he doesn’t want to be king? To further aid its argument, the show’s writers have turned to putting words in the mouth of supporting characters. Early in the fourth episode “The Last of the Starks”, Tormund praised Jon for his bravery in giving his life to protect the wildlings and riding a dragon. But Daenerys did that latter bit first and she’s done plenty of her own people-saving, in addition to learning how to rule a city. And after Varys learnt about Jon’s true parentage, he went on about how wise Jon is. But is he?

Let’s do a rundown of Jon’s leadership days from the beginning. Towards the end of season 4, Jon goes to the wildlings’ camp to murder Mance Rayder, King Beyond the Wall, since the Night’s Watch doesn’t stand a chance in the fight. But his intentions are quickly figured out and he’s then saved by the unexpected arrival of Stannis Baratheon’s forces. Shortly after in season 5, Jon rises to the position of Lord Commander of the Night’s Watch, before proceeding to make decisions that make enemies of his own brothers. Choosing to bring the wildlings south of the Wall is the right call, but the trouble is that Jon doesn’t know how to convey that properly to the people around him.

Jon pays for this mistake with his life at the end of season 5, as he’s stabbed to death. But luckily Melisandre is around, and she brings him back to life. After executing those responsible for his death, Jon gives up on his Night’s Watch duties because of how his brothers treated him, and then marches towards Winterfell to take it back from the Boltons. Tormund, Sansa, and others tell him they simply don’t have the numbers to fight Ramsay’s forces and that they should wait but Jon is adamant to go ahead anyway. And Jon never includes Sansa in the planning conversation, even though she has spent considerable time living with the enemy, in addition to being groomed by Littlefinger, and could make a vital contribution.

To somewhat make up for the shortage in numbers, they come up with a plan but then Jon abandons it on the battlefield, overpowered by the emotions of seeing his brother Rickon killed in front of him. By doing this, Jon plays right into Ramsay’s hands, as his forces are surrounded by the Bolton pikemen. They are saved by the (unexplained) arrival of the Knights of the Vale, thanks to Sansa having the smarts to write a letter to Littlefinger asking for help behind Jon’s back, who didn’t want to wait. Despite personally failing in the battle and being a bastard son, Jon is crowned King in the North, while Sansa — the eldest surviving Stark — is left to wonder. Is this supposed to be Thrones’ commentary on misogyny?

Later, as an inexperienced King in the North, Jon refuses to entertain Sansa’s advice in how to rule. And he doesn’t consult her at all before he heads out beyond the Wall, as part of the Magnificent Seven, to capture a wight in the hopes of getting Cersei to sign a truce. Anyone who’s spent time with the duplicitous Lannister could have told you that it would backfire. Worse, Jon loses half the party of the seven and needs rescuing from Daenerys. The Dragon Queen loses one of her irreplaceable nuclear weapons in the process, with the dragon Viserion then helping the Night King to bring down the Wall. And oh, Jon doesn’t even get on the dragon and then has to be rescued again by his uncle Benjen. 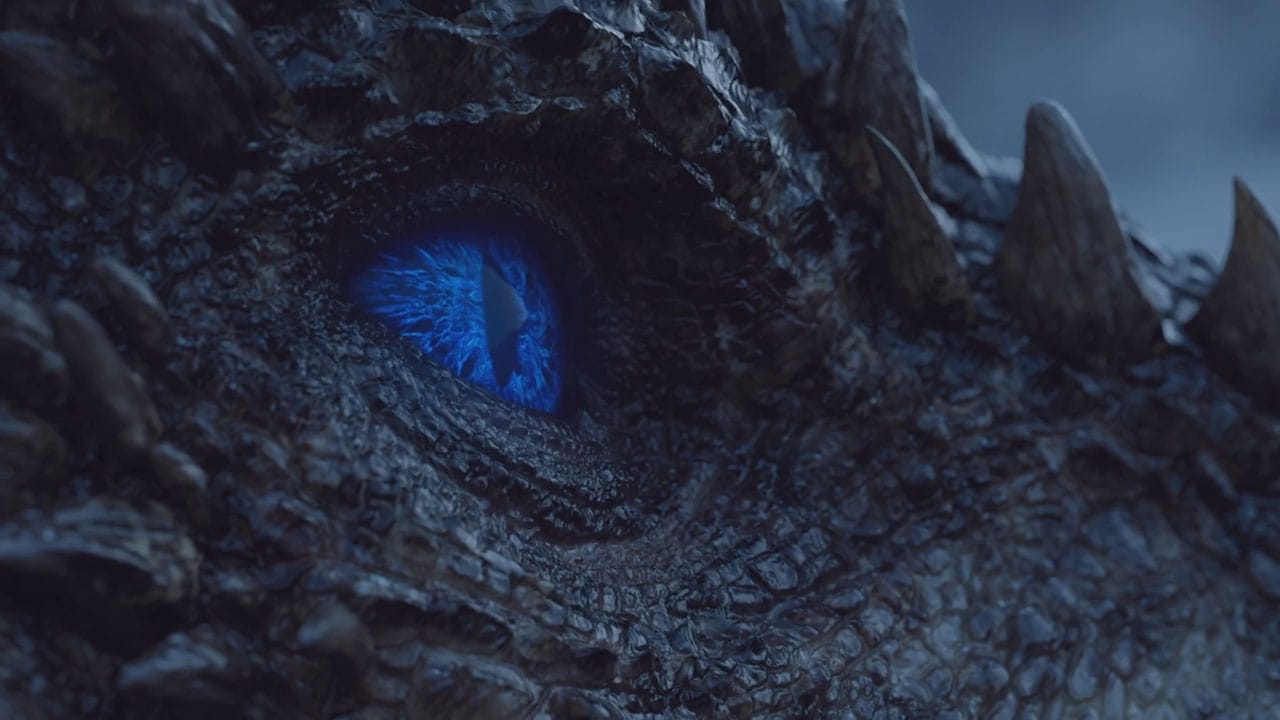 You made this happen, Jon Snow
Photo Credit: HBO

Jon then piles on the stupidity in the season 7 finale, as he refuses to lie to Cersei to secure the truce. Daenerys and Tyrion rightly blast him for it. And then early in season 8, he’s in for a similar vocal outburst from Sansa, Lyanna Mormont and the other Stark vassals when they are told that he’s given up the title of the King in the North that they bestowed upon him just a while ago. Jon is pretty much useless in the battle against the dead too, bringing nothing of value from a strategic standpoint even though he’s faced them before and doing the whole foolhardy charging thing when he faces the Night King. He’s even prepared to die by zombie Viserion’s dragon fire, only for Arya to save him by (miraculously) getting to the Night King in time.

To sum it up, Jon’s survival on Game of Thrones is essentially down to magic, blind luck, and a couple of deus ex machinas. It’s impossible to think that Jon would make a wise ruler when faced with that insurmountable evidence, but the writers have nonetheless harped upon that in season 8. And by putting him on a morality pedestal while robbing Daenerys of any goodwill — in addition to the existing fracture of who has the better claim to the throne between them — it’s obvious that Game of Thrones is setting up a ham-fisted clash between the two, which might involve one killing the other. The lateness of the hour suggests the ‘hero’ will defeat the ‘villain’.

But what of Westeros then? Doesn’t it deserve someone better than someone who has won admiration for bungling their way through? It will be interesting to find out the answer in store with Game of Thrones’ series finale, though given what we have seen in season 8, don’t expect it to be depicted in a convincing fashion.

Microsoft to drop its Health applications and services on May 31; will offer some...