Panic, a company known for developing apps for iOS and macOS, today announced plans to enter the hardware market with the launch of the Playdate, a new handheld gaming system.

Playdate features an entirely unique design with a black and white display, d-pad, A+B buttons, and a crank on the side that’s designed to be similar to an analog stick.

Oh yeah, the crank! No, it doesn’t power the device. It’s a flip-out rotational controller that puts a fresh spin on fun. Some games use it exclusively, some use it with the d-pad, and some not at all. pic.twitter.com/XYW97nLZKK

The black and white 400 x 200 screen is not backlit, but it features a “crystal-clear image” and high reflectivity, which Panic says is “an aesthetic like no other.”

On the surface, it might be tempting to compare the screen to, say, the Game Boy. But Playdate’s display is quite different: it has no grid lines, no blurring, is extremely sharp and clear, and has much higher resolution. It sounds odd to say, but: it’s truly a “premium” black-and-white screen.

The pocketable gaming system, which is going to come in a bright and inviting yellow color, will feature pre-installed games from developers like Zach Gage, Shaun Inman, Bennett Foddy, and Keita Takahashi.

About those games. We reached out to some of our favorite people, like @KeitaTakahash, @bfod, @helvetica, @shauninman, and many more.

Here’s a peek at one: Crankin’s Time Travel Adventure, from Keita. It’s fun and funny. pic.twitter.com/0Ibwqr5k3I

At launch, there will be 12 games included with the system, delivered one per week for a few months. Panic says the idea is to give gamers something to look forward to. Most of the games are going to be kept secret until launch, and additional games will be added in the future.

The Playdate comes equipped with Wi-Fi, Bluetooth, a USB-C port for charging, and a headphone jack. 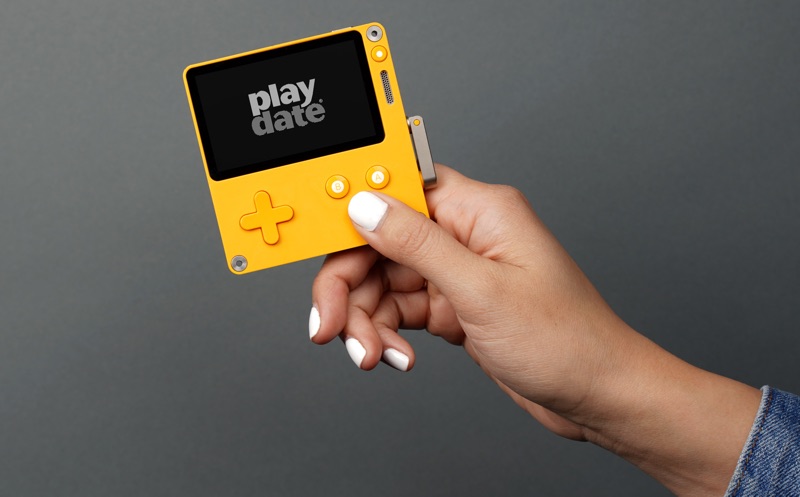 Playdate is going to cost $149 when it becomes available for purchase in early 2020. Those interested in purchasing can sign up on the website to get notified when it’s ready for purchase. Stock will be limited at launch, so Panic recommends signing up.

Keep your wits about you when traveling via ride-share app

In memoriam: The Microsoft apps and services we lost in 2019