Billions of dollars are spent on hiring social-media influencers to boost products on various Internet platforms such as Instagram and YouTube. And just like other forms of marketing, brands wonder if their money is being spent wisely.

Evolv is trying to help figure that out. Launched in 2018, the company, based in Irvine, Calif., has developed software that it says will most accurately measure the performance of social-media influencers accused of inflating their metrics.

Evolv said it can give highly detailed metrics showing how many products were purchased after following an influencer and how that influencer brought awareness to a brand’s image.

“It is performance-based marketing,” said Jody Green, executive vice president of strategy and growth for Evolv. “Influencers only get paid if they perform.”

Right now, she said, the marketing program works on an honor system. “It is hard to figure out who has real followers and who is a bot,” she explained.

Evolv’s software checks out how many sales can be traced back to influencers through coupons passed out to audiences and from IP addresses of the people who visit the influencers, said Chad Law, the company’s executive vice president of marketing.

The software picks up information on an individual consumer’s brand likes and dislikes, connecting the consumer information to the brand, which will benefit from it. Privacy concerns are respected because the software cannot pick up information flagged as private by the user, Law said. 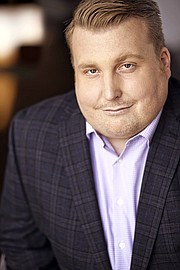 Syama Meagher, founder of the retail-strategy and brand-marketing agency Scaling Retail, thought that Evolv made an ambitious promise that brands won’t have to pay the influencer until the influencer makes money for them. “I think it is impressive that brands won’t have to pay until they make money. I think it is a promise that I haven’t seen other agencies make. The fact that they are guaranteeing a profitable return is a high benchmark,” Meagher said.

Evolv also is putting together an agency of influencers. The software invites influencers to apply to be part of brand campaigns managed by Evolv. Only one in 10 applicants is accepted. Those accepted are matched with a brand that suits them.

Evolv expects these “affluencers” will be long-term advocates for their brands and do more than create a couple of posts before going onto the next thing.

“Brands can redirect their big, digital advertising campaigns,” Law said. “They’ll pay people who do the work of digital advertisements but in a more effective way. They are talking to a tightly knit audience. It is performance-based affiliate marketing.”

Influencers often get paid in product or with fees. Law said that affluencers will get paid with a percentage of sales, which can go as high as 25 percent of sales.

Influencer marketing has been a part of fashion for as long as there have been celebrities. People have always wanted to buy clothes similar to what the most-popular stars were wearing. However, the influencer market went into overdrive when social media, and especially Instagram, became a big deal. Consumers with fat wallets wanted to buy clothes their favorite social-media stars were wearing.

About two-thirds of American retailers will use social-media influencers, according to Hootsuite, a Canadian social media–management platform.

The market for social-media influencers is forecast to increase to more than $6 billion in 2020, according to Statista, a German portal for statistics and market data.

Businesses continue to hold social-media influencers in high regard. Reality-TV and social-media star Kylie Jenner reportedly makes $1 million per sponsored post, according to a 2018 report by Hopper HQ.

But it’s tough for retailers to find the right influencer, said Darvill Rodriguez, who has worked as a social-media influencer and served as a consultant to influencers looking to improve their content.

“The market is oversaturated with influencers who have a similar voice and aesthetic,” the Los Angeles–based Rodriguez said. “A lot of them have an underwhelming engagement.”

The influencers have to supply something that is hard to measure, which is authenticity and content novelty. Consumers won’t listen to someone who comes off as a corporate pitchman, Rodriguez said.

Influencers can offer authenticity and novelty by giving followers a look into their personal lives. “Personal stories, which include general mentions of brands or products, are key. Nothing is forced. For me, I don’t typically work with brands that don’t fit the overall outlook of my personal brand,” he said. “I’ve also noticed that the ‘not-so-edited’ content tends to do better than the overtly manipulated content. As much as brands like to see this manipulated, it takes away from the authenticity and sometimes it becomes too much.”

Electronic Design Automation Software Market To Witness 8.9% CAGR By 2025, Owing To Its Usage In Designing And Manufacturing Of Advanced Electronic Devices &...

Stem Lays Off Workers Amid Strategic Shift Towards Software

How to take control of work and retirement wealth

After Xiaomi, Realme’s next target is OnePlus – Mobiles News