Home Mobile Windows Phone Microsoft’s new browser is just like Chrome, so why switch from Chrome?

Microsoft has a new Edge browser, and it’s pretty great. No, not that Microsoft Edge. The old Microsoft Edge, which you’re probably familiar with is the one that shipped with Windows 10. It was one of those newfangled Universal Windows apps Microsoft used to talk about (but we don’t talk about those anymore) and had all sorts of nifty features like a powerful reader mode and capabilities to highlight on the desktop. It is still on your Windows PC right now, and it’s still the default and official Microsoft Edge browser, but the firm isn’t pushing it anymore. After years of trying to get people to use Edge, Microsoft has submitted to giving the people what they want and has built a new version of Edge. This version of Edge runs on the Chromium engine, the same one that powers Chrome. It can do everything Chrome can do but with a Microsoft twist, and it’s not immediately clear why you should use it. Ok, wait, let’s back up there? Why am I implying that giving the people what they want is a bad thing?

So let’s talk about the first Microsoft built Edge. You see, with Windows 10, Microsoft had its Edge browser as one of its flagship apps. It integrated a lot with the Windows 10 and Cortana, used Microsoft’s EdgeHTML engine, and was light on battery. You could even stream Apple events and watch Full HD Netflix on it. As a browser, it was great — eventually. At this point, there was only one problem with Edge — no one was using it. Edge never hit the 10% mark on windows. Unlike Interner Explorer which was popular at one point, Edge never even got off the ground. Microsoft had to change it somehow. The firm added extensions, they also added a whole lot of reading and inking features in what may have been the most misguided prioritisation of features ever. Edge didn’t really have a strong reputation for things that mattered.These included broad extension support and access to websites. As it happened, Edge’s small user base meant that developers didn’t build for it and sites would often ask users to download Chrome instead. In the end, Microsoft recognised it was simply throwing good money after bad and that’s how we got here.

The new Edge is pretty much Chrome with an Edge skin. It does all the fancy Chrome syncing, it integrates with your browser extensions and it works with websites as well as Chrome does. Now, here’s where it gets dicey on the appeal. See, let’s say you have two products. Product A which you’ve used for a long time and like, and Product B, which is new. Product B is the same as Product A, this is good for Product B, but now you have no incentive to change. If Microsoft Edge is now Google Chrome, then Chrome users have no reason to switch to Edge. It’s a bit worse if Product B is a rebranded version of a Product C which you tried and now actively dislike. Edge is Pepsi, and Chrome is Coke except Edge also used to taste like dollar store cola before so you’re not really sure you’d want to risk it again.

Here’s where it gets a little worse for Microsoft’s new Edge browser. One of Chrome’s most useful features is its syncing functionality. It syncs all your details across all your devices and provides access to other services like Google Pay. If you’ve got an Android phone, using Chrome offers a lot of benefits. If you’re using Edge, you lose some of their convenience as you move from device to device. Sure, you can use mobile Edge — but Edge doesn’t have Google Pay integration for making quick and easy payments. 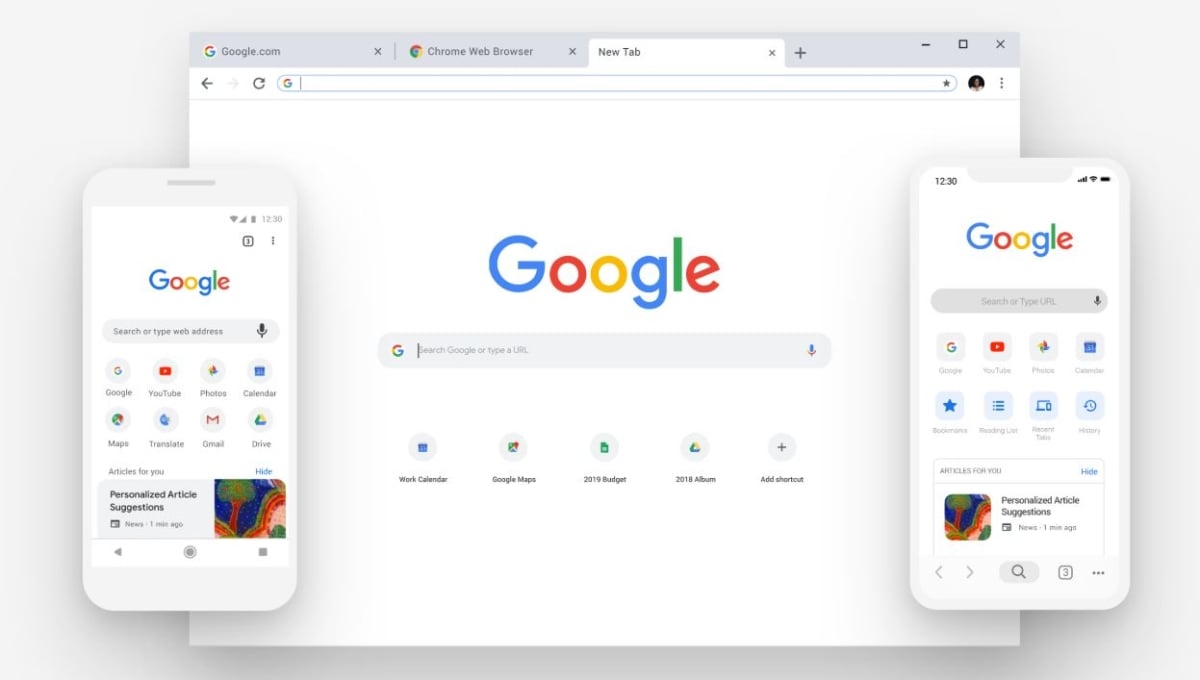 So, with those points stacked against it, why would anyone even use Edge at this point? It’s quite simple. Edge is the default. Yes, Edge has always been the default and users have gone out of their way to download Chrome. But Edge has sucked in the past, and it doesn’t suck now. If a user’s initial Edge experience is good enough, there’s no incentive to go out of their way to download Chrome anyway.

There’s also an argument to be made for user privacy. All of that Chrome sync stuff that’s really cool and convenient at first can also be really invasive, especially for privacy-minded folks. “Seen from the inside, [Google’s] Chrome browser looks a lot like surveillance software,” The Washington Post’s Geoffrey Fowler argued this week, “Lately I’ve been investigating the secret life of my data, running experiments to see what technology really gets up to under the cover of privacy policies that nobody reads. It turns out, having the world’s biggest advertising company make the most popular Web browser was about as smart as letting kids run a candy shop.”

In contrast, Microsoft’s Edge isn’t about selling your data and takes a more Apple-esque approach to privacy. “Microsoft also wants to position the new Edge as a privacy focussed browser. In the interest of giving customers more choice and transparency, It will be offering additional privacy controls. The new Microsoft Edge will introduce three levels of privacy: Unrestricted, Balanced and Strict,” We noted earlier this year. “As the name suggests, changing the privacy to Unrestricted will allow third parties to collect as much data as they want, while switching to Strict means that you are not interested in giving away your data to unknown third parties. This will enable Microsoft Edge to adjust how third parties can track you across the web.”

So while at first Microsoft’s own variant of the Chrome browser seems like a pointless endeavour that’s doomed to failure, it really isn’t. On the one hand, you get all the goodness of Chrome, on the other hand, you gain access to a whole bunch of privacy features you didn’t have before. If you want, you can also use the Edge mobile browser to keep the same syncing features that make Chrome great without necessarily handing over your data to Google and every other third party on the internet.

How Having Just 2 Alcoholic Drinks Affects Your Sleep, According To Science

Over 75 percent of Pixel users are on Android Pie