Follow the Light is an amazing opportunity for upcoming surf photographers to gain recognition. But what they make of that recognition matters even more.

In addition to the $5,000 prize for the winner, some paid work opportunities from the foundation’s supporters will also be on offer (shooting the Triple Crown for Vans, an assignment for Billabong, the Freshwater Pro for WSL, and more). Beyond that, they’ve all had their portfolios examined by the industry’s top photographers, editors, former winners…and even YOU.

Will this be their big break…or their career highwater mark? To have gotten even this far is a big accomplishment. The gear ain’t cheap. The subjects are liquid. And the starting pay is not. Respect and congratulations to all the finalists. You’ve got what it takes.

Several of the Follow The Light winners have gone on to become the most influential photographers in the surf and outdoor industry. So with the 2019 final award show just a few days away, we checked in with a few of them and found out how and why Follow the Light affected their careers.

First amongst the list of accolades on photographer Chris Burkard’s website is his Follow The Light grant. He was 20 years old and the first recipient of the grant.

“It’s something I think about daily,” says Burkard from his studio-gallery in San Luis Obispo. “That moment I went on stage changed my life. It wasn’t the accolades or the money, but the respect and validation that I had chosen the correct career path. That was something I needed to have recognized as an artist.”

Burkard used his prizemoney to create a coffee table book called ”The California Surf Project.’ “I could’ve used the money for a lot of things at that time,” he recalls. “Better cameras, new truck tires, a decent meal… but the 50-day trip I took to create that book really set the tone for future projects. It probably did more for more career than I even realize.”

From contributing to multiple surf media, Burkard has gone on to shoot campaigns for American Airlines, Nikon, Volkswagan and Apple, as well as editorial for The New Yorker, Outside Magazine and National Geographic. Regardless of the high-profile gigs, Burkard’s signature style shines through in both his work and his approach to life.

“Focus on what you’re good at,” says Burkard. “I often see portfolios where the photographer is trying to show that they can shoot everything: action, portraits, lineups, etc. This can actually damage your opportunity to get hired, because the truly great work gets lost. You don’t get hired for being decent at a lot of things. You get hired for being great at one thing.” 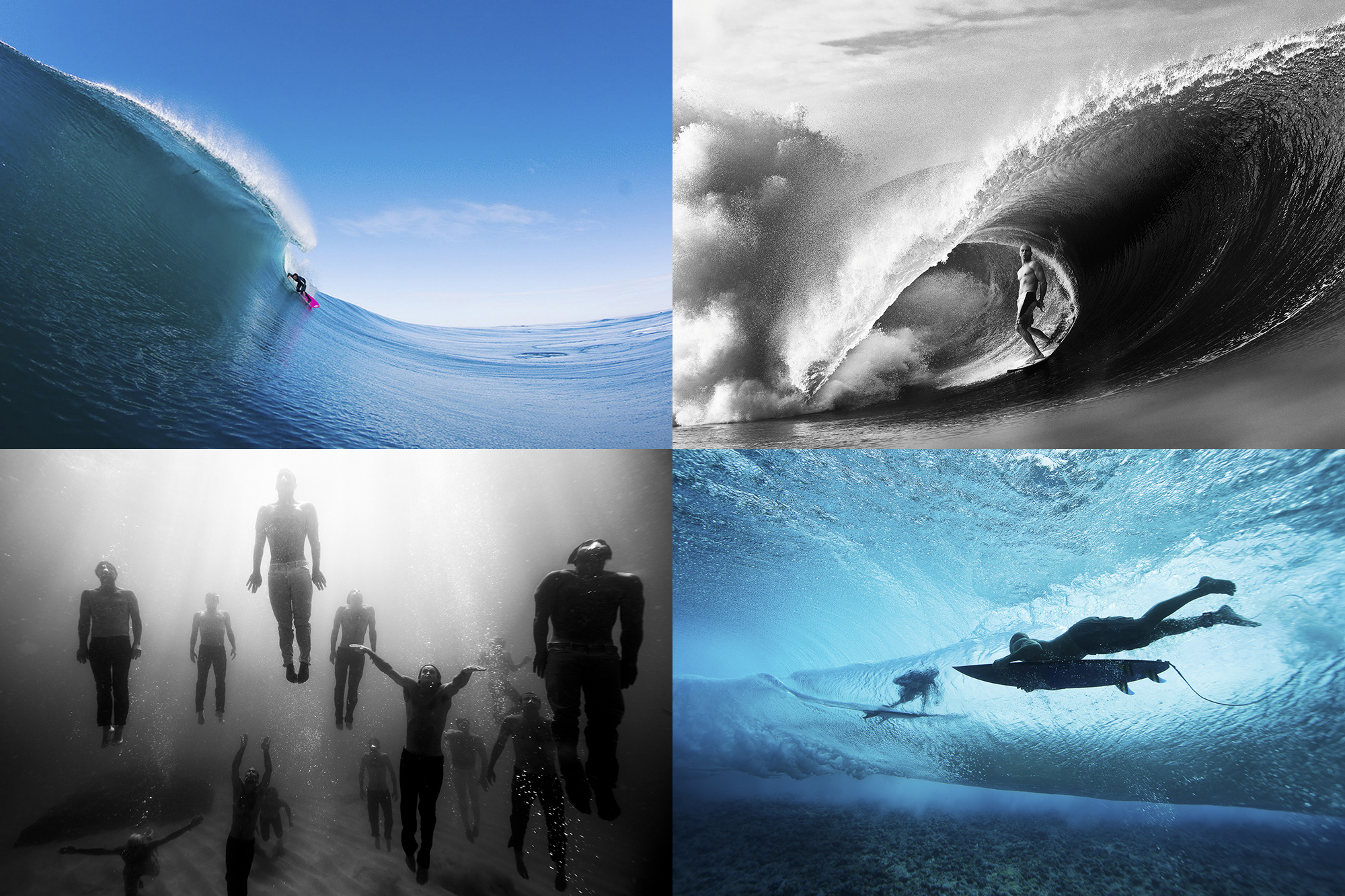 “I’d just graduated from photography school,” says San Diego surf photographer Todd Glaser, “and I was already submitting to all the surf magazines. But after winning Follow the Light, they actually started returning my calls.”

Glaser used his grant to fund some initial surf-photo trips, but he wasn’t self-funding them for long. “Within about month of winning,” he says, “I started getting calls with work opportunities. That was the most valuable part of the award: the recognition and respect within the community.”

In addition to commercial and editorial shoots, Glaser has been a staff photographer for SURFER Magazine for over a decade. His passion has taken him around the world many times, shooting with the very best in sport and landing him 14 covers of SURFER alone. “Well, it was 14 last I counted,” he says. “But I haven’t counted in a while.”

Glaser noted that he was recently looking through his original FTL submission and more than half of it was film. Much has changed, but the core remains the same.

“What’s most important is that you enjoy the process,” he says. “If you’re having a great time swimming in the ocean and making art with your cameras, that’s going to take you further than any award or photo credit.” 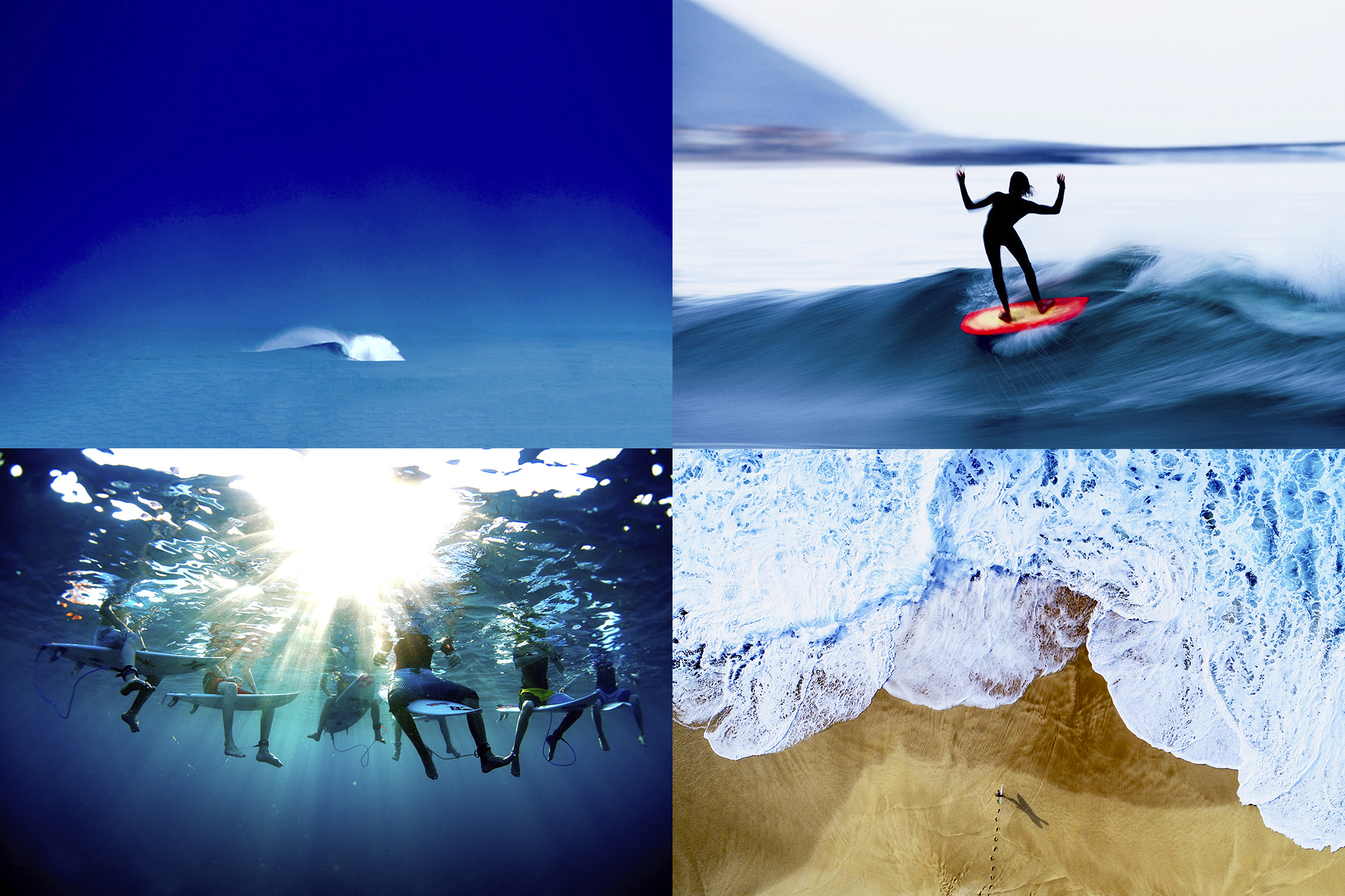 “I’d rather not take photos at all than take photos that don’t make me happy,” says Santa Barbara photographer Morgan Maassen. “The Follow The Light grant gave me a huge boost of both confidence and recognition that propelled me from a fledgling photographer to working with mainstay brands and achieve incredible travel opportunities.”

At just 19 years old, Maassen used his grant prize to purchase some much needed equipment so that he could entertain professional jobs. From there, he dove in, establishing himself as one of the most essential water photographers in the sport, which led to mainstream gigs with Red Bull, Corona, Mercedes, Lexus and more.

Commercial success aside, Maassen’s work comes across like an art show. Liquid. Sensual. Ethereal. That’s why he gets hired. And that’s what makes him happy. Win/win.

“Use this opportunity to shake every hand,” Maassen advises this year’s finalists. “Learn from them and be inspired by everyone who converges for the event. The world of photography is changing so rapidly, so use this momentum as a chance to explore and master your passion.” 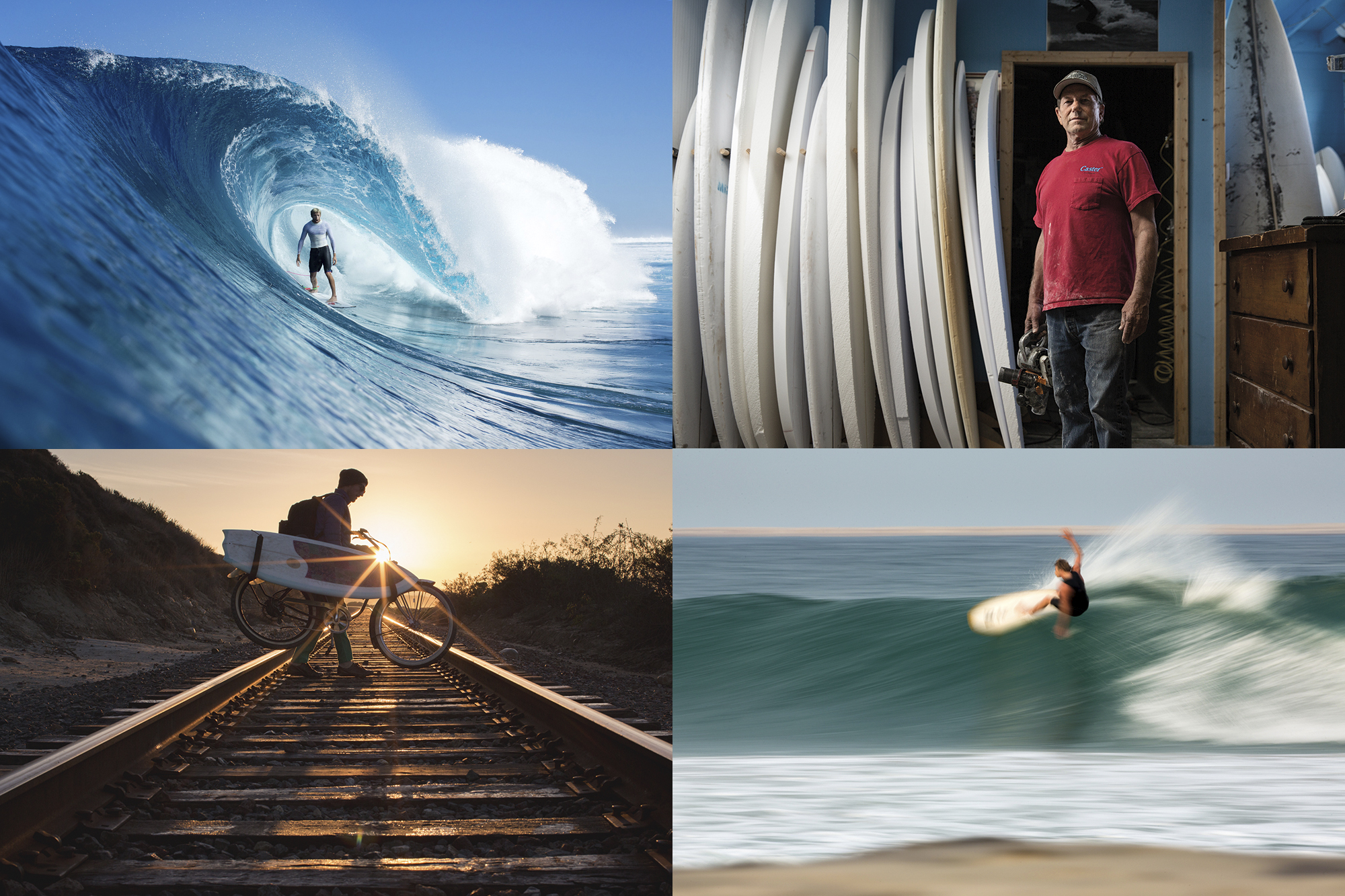 “Considering that the judging panel consists of some of the most influential and respected photographers in the business,” says Shawn Parkin, “just being a Top Five finalist was amazing for me. Winning was an absolute dream come true. It remains one of the proudest accomplishments of my life.”

Parkin – now the photo editor of The Surfer’s Journal – used his grant money to fund a trip to Mexico with Tyler Warren and Tom Curren. “The photos I shot on that trip got accepted as a print feature with The Journal,” says Parkin, “which began my relationship with that publication, which is now my job.”

Now that he’s a top magazine editor himself, Parkin also offers a bit of career advice for the next generation of photographers:

“Don’t undervalue your work,” Shawn advises this year’s finalists. “Most brands have completely pulled out of traditional print advertising and solely market themselves online, mostly on social media. So, even if it is ‘just for the ‘gram,’ that’s still advertising and should be compensated as such. It may go without saying, but the practice of allowing photo use for ‘exposure’ or for product trade drives down the market rates for all photographers, effectively disadvantaging oneself in the short term, but also the whole field in the long term.”

The final Follow the Light winner will be announced live on Thursday, Sept 12, 2019 at the Ocean Institute in Dana Point, CA. Tickets and even info are available here.

Do I Know You? Phones With Facial Recognition Baffled by Haircuts, Makeup

Best Photo Printers for Android in 2018

What Are the Best Lenses for Architectural Photography? (Including Mobile)