Photography is about more than taking pictures. That’s why the Arab American National Museum’s Sura Arts Academy focuses on things outside a viewfinder. It gives kids an outlet for creativity, teaches them presentation skills and helps develop poise.

“A lot of skills that might develop just from being encouraged to step up and say, ‘I’m going to talk about my photos with confidence,’” says instructor Ahmed Badr.

Badr was born in Kuwait and was a photojournalist for National Geographic before relocating to Dearborn in 216. Now he shoots weddings and does a lot of commercial photography for restaurants around Detroit. He’s taught the Sura (Arabic for “photograph”) for three sessions and will be leading another starting October 1st.

At the recent gallery event for this year’s graduates, he told the crowd of students and their parents about feedback his friends shooting overseas had for the kids’ work. 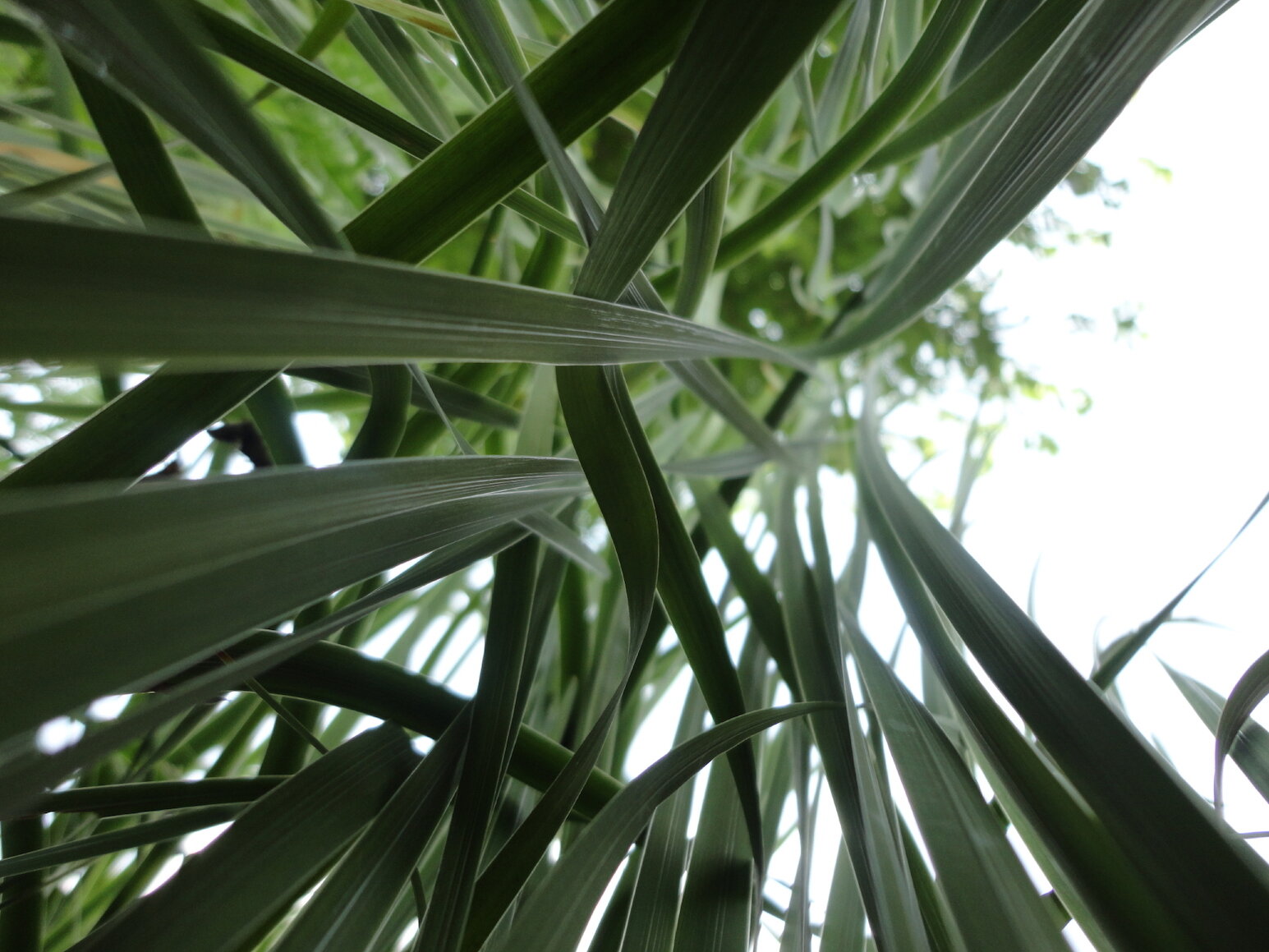 That day’s lesson was about perspective, and she wanted to see what the world looked like from the ground up. So she set the timer on her point-and-shoot camera and tossed it in the grass. The results are stunning.

Registration for each session tops out at 20, and museum deputy director Jumana Salamey says they’re always running at or a little overcapacity. The Sura program has been around almost 20 years, and when Salamey saw the impact it was having on students she wanted to get involved.

“This is a way for them to come and hone in on their creativity,” she says.

And by having instructors who are professional photographers, in addition to students selling their own prints, it shows them there’s potential to make money off your artwork. The photos will also be on display at the museum for a few months this fall. Each print sells for $30, with a 50-50 split between the student and museum; the museum’s half is reinvested in the program.

“It’s about giving them the opportunity if they do have a skill or passion in the arts,” Salamey says, ”[showing them] they could make a career out of it.”

The students, ages 10 – 16, come from across Detroit and the globe. Summer students trekked in locally from Northville and Ann 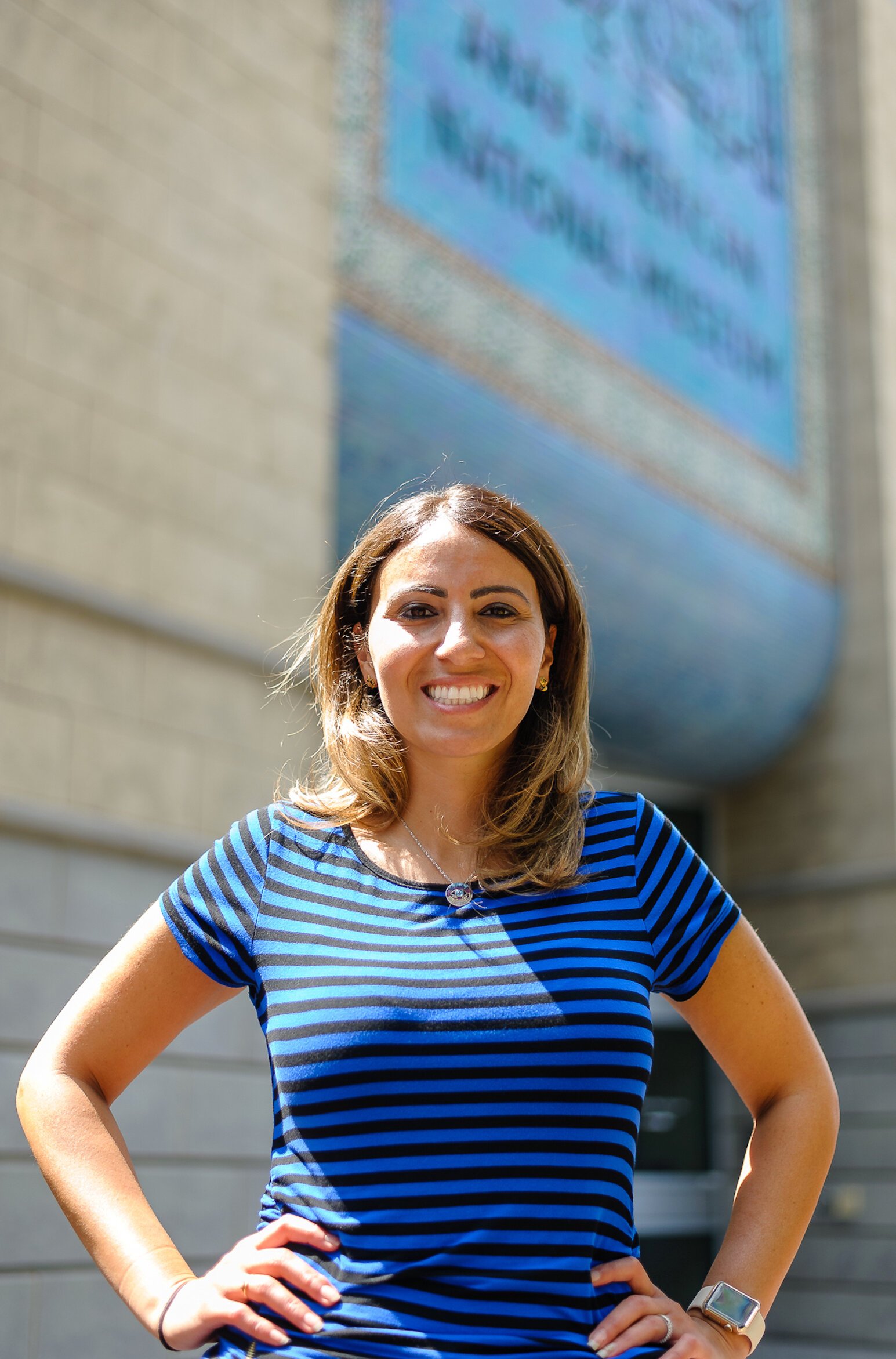 Jumana Salamey, deputy director of the Arab American National Museum in Dearborn. Arbor, another girl was from Kuwait, and there was a pair of boys from Jordan as well. There were blonde white kids too. Everyone bonded over photography, and more than a few group chats were created on the last day of class in August.

“They come in with different perspectives of what our culture, our community, and place in the world are,” Salamey says. Paired with a camera, that vision comes to life. “They bring that with them,” she says.

“It’s everybody from everywhere,” Badr says, barely able to contain his excitement.

“The first few minutes [of class] they were on their phone as if I don’t exist,” he recalls.

Then, he changed tactics on the first field trip into Detroit and gave them a real-world application: how to post better photos to Instagram and Snapchat. Suddenly, the kids like what they were doing a lot more.

“I try as much as possible to do silly examples for them to relate with,” he says.

The plan is to branch out into additional programs, targeting different aspects of photography, or intermediate and advanced courses. Last year’s program had six or seven students. This summer’s had 23. More students are bringing in their own (relatively) inexpensive crop-frame DSLRs as well, but a majority shoot with their iPhones.

He approaches the Sura program from the heart, and as a parent himself, genuinely loves being around the kids. He has a monk’s patience and is constantly surprised and inspired by their talent. Each day of class ties to a different lesson, covering fundamentals like framing, composition and spotting symmetry. Sometimes, students need a contextual approach though.

Badr could lecture all day about composing with the Golden Ratio in mind, but giving them practical applications and sticking a camera in their hand works much better. He’ll teach older kids how to take better photos for social media, for instance, which is the main source of distraction in the first place. 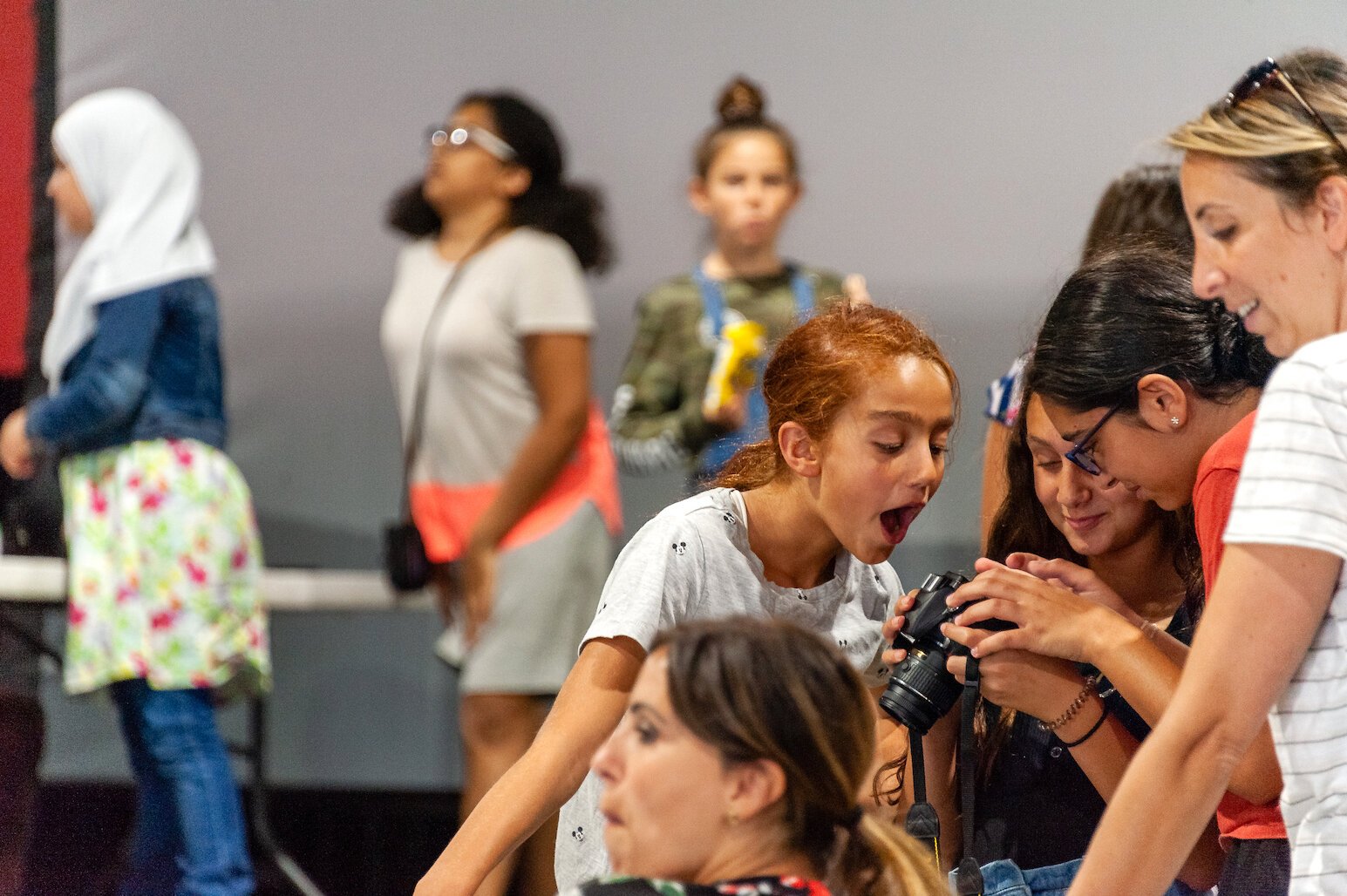 Badr is able to teach each camp how to better use their equipment and is careful not to discriminate between the two formats. The best camera is the one you have on you, anyhow.

“I get surprised every time,” he says. He can’t wait to see what his students can do with enough nurturing. “They’re literally as good as grownups. I’m investing in the future of photography for the coming 10 – 15 years.”

Registration for this fall’s Sura Academy is open now, with classes Tuesday nights from 5-to-7 p.m. starting October 1st. Tuition is $50 for AANM members, $75 for the general public and there are need-based scholarships available.

Answers to some of your iTunes questions: Old libraries, Windows, and more

Free up space on your Android